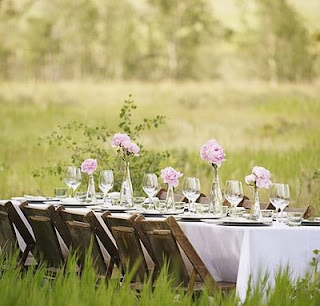 Jack Lalanne said, “If man made it, don’t eat it.” Michael Pollan broke it down to “Eat food. Mostly plants. Not too much.” It really is that simple. So many nutritionists want to make it difficult; confusion keeps them employed. Look at the Food Pyramid, which was at least an attempt to get people eating right. Too many rules, too many gray areas.

A Few Guidelines
Let’s keep it simple: Eat real foods, preferably in their natural state. I think it’s pretty easy to figure out what is “food” and what isn’t. A few things to remember:
Food grows and dies. It isn’t created.
Food rots, wilts, and becomes generally unappetizing, typically rather quickly.
Food doesn’t need an ingredient label (and probably isn’t in a package either).
Food doesn’t have celebrity endorsements.
Food doesn’t make health claims.
Let’s give some foods this simple test and see if we should eat them:
Broccoli – Most certainly a real food
Steak – Deliciously real food, straight off the cow
Oreo cookies – Hold while I read the ingredients. Are you serious?
Eggs – Bingo
Walnuts – Check
Spaghetti – I don’t recall seeing a spaghetti tree on my last hike
Pop-Tarts – Just seeing if you’re paying attention
Pasteurized/Homogenized Milk – Nope, not in its natural state
Raw Milk – Yep, real food, naturally
Sure, there are still a few gray areas. That’s the life of an omnivore. For instance, what about oatmeal and other whole grains? Those are things you will have to decide for yourself. My guidance is to keep grains to a minimum, if included at all. Cheddar cheese from raw milk? Probably okay. Velveeta? Not so much. Lard? For sure. Olive oil? I say yes, though it could be argued both ways. Crisco and margarine? Not a chance.

Forget The Latest Nutrition Fad And Just Eat Real Food
What you notice is that few of these foods, with the exception of cooking oils, come from a factory. They just exist. There’s no secret formula to create them. Even olive, coconut, and palm oils, while requiring extraction, require no special knowledge. Just press really hard and you get oil. Nobody has a patent on the flavor of an apple. The ingredients in zucchini can’t be tweaked to ride the current nutrition wave.

Eating real foods virtually eliminates one of the hardest parts of maintaining your weight: counting calories (or carbs or fat). Real foods have a built-in feedback mechanism to keep you from overeating. Protein and fat stimulate appetite-suppressing hormones. Fruits and vegetables tend to be bulky for their caloric content. Some may want to argue about Glycemic Indexes and other fun things, but no one gets fat by eating carrots. People get fat by eating fake foods. Just eat real ones and I guarantee that you’ll shed fat and feel better.
That’s not to say that there’s no place for managing your carb, fat, and protein intake. But before embarking on any road that gives you a set number of carbs or fat to eat, you must decide to eat real food. Until you start with real food, you will struggle. Once you start down the path, you may need to tweak if you’re going to try to build muscle or compete in marathons, but for health, just eat real food! Your body, which is significantly smarter than your mind, knows what it needs and if you feed it real food and then pay attention, it will give you feedback.

Need Help Learning To Cook Real Food?
If you’ve been eating the standard low-fat, grain-heavy diet for any length of time, making the switch to a lifestyle based around real health-supporting foods can be hard. Luckily, there are some great cookbooks out there by people that have been living the life.

I found a cookbook called Healthy Urban Kitchen by Antonio Valladares that is really top-notch stuff. From eggs to vegetables, beef to chicken to pork, lamb to salmon…Antonio has it all covered.

So if you’re just adopting a new lifestyle and looking for help in making the change or if you’ve been eating this way for awhile and are looking for some new ideas, pick up Antonio’s cookbook.
What do you think? Is eating real food enough to achieve top health or is there more to it than that?